Previously – Ron Russell, born January 10, 1951, had been inspired at age 6 while witnessing a Gene Krupa concert. Ron became a drummer, studied hard, and formed the band Raindriver in high school. The group was hosting a jam session at Tampa’s Men’s Garden Club when a limousine arrived carrying Jimi Hendrix.

Ron felt a warm rushing wind surround him.  He smelled a scent that was wonderful, fragrances of rose, peach, and magnolia among others that were hard to describe.  The scent always signaled that his “best friend” was about to speak.

“Go talk to Jimi.  You have something in common,” the voice said.  Ron rose and started walking toward Jimi Hendrix.

“What do we have in common?” Ron asked the voice.

The voice merely repeated, “Talk to Jimi.  You have something in common.”

Hendrix watched Ron curiously as he approached.  When Ron got close enough, Jimi asked him, “Man, are you crazy?”

Ron replied, “No, I’m a rather intelligent person. Why?”

“Then, are you a ventriloquist or something?” Jimi probed further.

A large smile broke on Ron’s face, “You heard the voice, didn’t you?”

Jimi responded, “Yeah, man. I heard you talking to someone and I heard him, but there wasn’t anyone there.”

“Congratulations,” Ron beamed, “you are one of the few who has heard the audible voice of God.”  Jimi looked puzzled.  “Are you familiar with the baptism of the Holy Spirit?  Have you accepted Jesus?”

“Oh, that religion shit.  I don’t believe in that crap,” Hendrix replied.

Jimi didn’t believe in organized religion.  He felt that the spiritual message had been lost to power struggles and greed. Jimi considered himself spiritual, but not religious.

As Monika Dannemann recounted in her book the inner world of Jimi Hendrix, “Jimi explained that he felt the Church had knowledge and wisdom, but that this had to be given in the right way to the people. Much of what is said is right, but seems false. He thought that the Church concealed too much, had distanced itself from the people it wanted to reach, and was not effective in putting across the message of God to the people.”

Ron Russell had come to a similar conclusion years before.

“The voice told me that we have something in common,” Ron continued. “Did you ever know Dr. Martin Luther King?”

Hendrix replied, “No, I didn’t. I always wanted to meet him.  He was one of my heroes.”

Ron stated, “Well, I used to be his best friend so that’s not it. Have you heard of the Revelation Fires.”

Jimi recalled, “I have a favorite aunt who told me about a thing that happened in Chicago Heights when she was a teenager. Her name was Martha Brown.”

“That’s it,” Ron exclaimed.  “That’s what we have in common.  Let me tell you the story and you tell me if it’s the story you heard.”  Ron related the story of the young child who had been visited by the Holy Spirit, spoke in tongues, and began an association with the Pentecostal Church of God. The event fostered a lifelong friendship with Martha Brown, the aunt of Jimi Hendrix.

“That’s the story,” Jimi said with a look of wonderment.

Martha Brown played a pivotal role in the lives of both Ron Russell and Jimi Hendrix.  It was Martha who explained to Ron the meaning of what happened to him following his extraordinary experience in Chicago Heights so long ago.  Martha had had a similar trip through the Revival Fires, speaking in tongues and the Baptism of the Holy Spirit.

The two musicians forged an immediate and deep bond. Their spirits spoke to each other exchanging a lifetime of experiences and emotions in a minute.  The two began talking about music and influences.  Jimi described his concept for a new band that would fuse the elements of Jazz, Classical, Gospel, and Rock together. 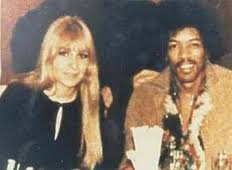 “Jimi wanted to develop, expand, and move on in many fields. In 1969 he intended to change and develop his music, but unfortunately faced strong opposition from his manager, who tried to make Jimi repeat the style of music which initially had made him famous; more ‘Hey Joe’ and ‘Purple Haze’. Michael Jeffery tried to persuade Jimi to stay in line and do what he was told to do. Persuasion meant any means necessary, including strong threats,” related Jimi’s girlfriend, Monika Dannemann.

Ron described his early history, from the time he had first seen Gene Krupa and knew that he wanted to be a drummer, through the years of jazz lessons and countless hours of practice, to the jam he was playing that day. 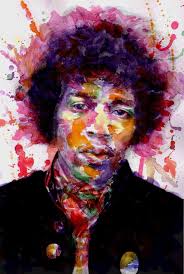 Jimi invited Ron to join him into the limousine where they could continue their talk in private.  Once in the limousine, Jimi pulled out his “works” (drug world slang for equipment used with heroin.) Ron looked on in horror as he watched his new friend “shoot up” to ease his tension.

The previous night, Jimi put on a disastrous show where he disgustedly threw down his guitar and left the stage. Cindi Halisky, wife of legendary keyboardist Mark Halisky, recounted, “We were all very disappointed. We’d anxiously anticipated the show and it was nothing. He was terrible. He was obviously on something.”

“I got it from that skinny guy out there,” Jimi pointed out Albert Ronald “Ron” Wells standing in the crowd.

Ron Russell rocketed out of the limousine and took after Ron Wells.  “He was faster than I was then.  He’s lucky, ‘cause I would’ve done bodily harm to Ron if I’d have caught him,” Ron Russell recalls now.  Years later, in 1994, Ron Russell and I met up with Ron Wells.  Upon hearing Ron Russell speak of his days with Hendrix, Ron Wells interrupted to say, “Hey, you were the guy who was going to kill me because I gave heroin to Hendrix.”  It turned out to be the last heroin that Jimi Hendrix ever did. Unfortunately, it wasn’t the last for Ron Wells. He was crispy bacon when I met him.

“Jimi was a mess when I met him,” Russell related.

Ron Russell returned to the limousine and coaxed Jimi to the stage for a jam with Raindriver.  The music that resulted was incredible.  The hippies received a preview of the future of Hendrix’ music.  As Ron remembers the moment, “It was Of God.  It was incredible.”  The feeling transcended the local scene propelling all who attended to a new plane where music combined with spirituality.

Famed keyboardist Brad Trumball remembered the day, “Every Sunday I would roll my B3 & Leslie out of my van onto that stage and jam with whoever came up. I was young and just learning, building my resume. It was awesome to add Jimi Hendrix to the list.”

Hendrix felt it too.  Memories of the debacle of the previous evening disappeared as Jimi began playing with a greater joy and purpose than he had in his recent memory.  The dream that he had of combining Jazz, Classical, and Gospel together was flowing from his guitar and was complimented perfectly by the musicians on the stage.

It was clear that they were destined to play together.  Jimi invited Ron to join his new group, which would be called The Jimi Hendrix Fusion Band.  Naturally, Ron accepted.

“… Jimi was looking for new musicians to work and play with. His dream was to find good players who would also be his friends, which was the reason he chose Billy Cox as a new bass player when Noel Redding left the band.”

After the jam session, Ron spoke to Jimi in earnest about the heroin. “Man,” Ron spoke, “if we’re going to be together I want it to really fly.  Man, we’ve got to get you off the stuff.”

Hendrix listened to this new friend intently.  Though they had just met they felt as if they had known each other forever.  Jimi knew inherently that he could trust Ron, unlike the plethora of parasites that sought him out for his fame and fortune.

Ron invited Jimi to stay with him at his humble abode in Tampa where Hendrix could kick the ugly habit that was ruining his life and his talent. Jimi agreed.

Jimi moved in with Ron.  The first days were the worst.  Jimi was wracked by tremors as the physically addicting drug grudgingly loosed its hold on him.  Ron recalls cradling a shuddering Jimi in his arms on the floor. 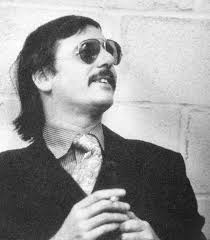 Ron soon perceived that Jimi’s problem was due as much to exhaustion as to heroin addiction.  Jimi described how his manager, Mike Jeffery, continually pressured him to produce more, tour more, record more… Everything was more, more, more.

As Monika recalled, “He also told me about the stress and exhaustion he felt after two and a half years of constant touring all over Europe and America, plus recording on top of this. He said that he needed a holiday for a long time, but that his manager, Mike Jeffery, kept on booking new tours, often without first informing him.”

Jimi and Ron talked at length about life, death, spirituality, and, particularly, music.  They jammed together for hours on end.  They also wrote several gospel songs together.

“You see, Jimi was a funny guy.  When he was alone he didn’t listen to rock and roll.  He’d listen to Classical, Jazz, and Gospel.  He really loved Gospel music,” Ron recalled.  “When Hendrix wrote music he’d hear the whole thing.  He couldn’t read a lick of music, but he’d play each instrument in the orchestra’s part.  He’d play something and say, ‘I want the violins to play this,’ and so on.  He was really remarkable in that way.”