Springing the Blues has become a premier event over the past quarter-century. It is the largest free outdoor blues festival in the country. Promoter Sam Veal brings in some of the biggest names in blues to the delight of the tens of thousands that flock to Jacksonville Beach for the annual concert. I am backstage every year thanks to stage manager and guitarist extraordinaire Chuck E Saunders. 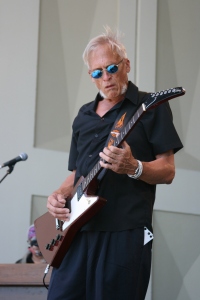 I connected with Chuck in 2001 through a mutual friend who boasted that he knew the former keyboardist for Steppenwolf.  Chuck implored him for an introduction, which happened later that week at The Moose Lodge of all places. Chuck and I became brothers at our first meeting where he invited me to join his band Woody & The Peckers.

I told him I’d be glad to come out and jam, but wasn’t really interested in joining a band. I had just moved up to the First Coast from Tampa where I played the blues with Otis Day for several years. I was enjoying my weekends and didn’t relish tying myself down.

I picked up Chuck E at his modest home a few blocks from the Atlantic Ocean. He threw his amp and guitar case in the back of the van alongside my ’41 Hammond D and 1965 Leslie 147. He put his cooler between the seats and cracked two bottles of beer, handing me one.

“This is gonna be great!” Chuck E cheered.

“Yes, it is,” I returned, clinking bottles. 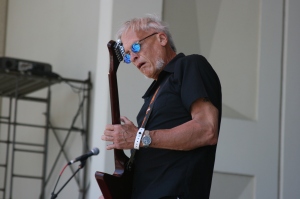 We traveled toward St. Augustine, drinking beers and exchanging stories from our youth.

It turned out that Chuck E recalled seeing me playing at Edison Light when we were both teens. Chuck E was a drummer at the time, but longed to become a real musician. I believe he was inspired by the blues from our guitarist to get out front with guitar. That may not have been what happened but I’m telling this story and that’s the way I choose to remember it.

At this point, I didn’t even know if the cat could play, but his enthusiasm was contagious. He certainly knew music. I related that growing up in New Orleans I was taught to make every song my own and not be a human jukebox. He assured me that The Peckers didn’t do covers. They played every song in their own unique way. 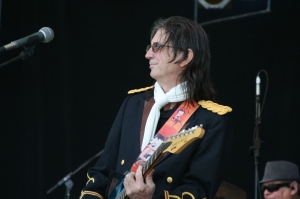 Rolling my gear into the warehouse space the first member I met was Joey Roll. He looked like an anorexic Ozzie Osborne.  Joey was the lead singer, busy setting up the practice space with his PA, rugs for everyone to stand on, and mic’s and stands at every station.

The next to show up was a large imposing figure that I came to call Mountain Mike, the rhythm guitarist. Mike turned out to be as jovial as he was large; a gentle giant with a warm smile and quick wit, once you got know him. 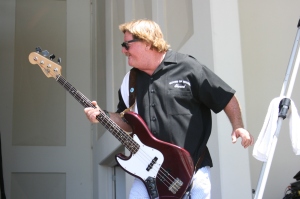 I was plugging up the Hammond when  I heard the blond-haired Woody chattering away as he entered the room. He was carrying a bass case and a 12-pack; as amusing a person as I’ve ever met. “You must be Armond,” he guessed while pumping my hand. “Great to have you here, man.” With clear sincerity.

I tested out my rig by playing a few passages. “Whoa,” Woody exclaimed. The others turned and stared at me.

“Not at all, my brother,” said Chuck E. “I love that Hammond sound. Play away, man.” 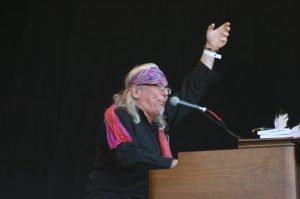 Finally, a rotund guy with dark glasses shuffled into the space. “Geno,” was the cry from all. “Nice you could join us,” said Chuck E with a bit of derision.

Geno described the odd events that had delayed him this time. It was quickly obvious that he was always the last to arrive and always with a story from his woeful life. I caught on to why when it was revealed that Geno was a  former coal miner turned car salesman from “West By-God Virginia”. Geno actually has a pretty great life, but the band expects to hear him complaining about his aching back or some other mild trauma that he’s experienced.

Geno moved at a constant albeit slow pace. No rush. The band helped carry in his drums to speed that part of the process, at least. Geno took his time, setting each drum and cymbal in its place, slowly. He pounded and splashed each as he placed it. 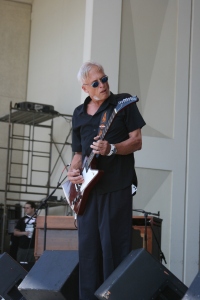 This band has its share traditions. Friday night jams happen every Friday night whether their playing out or in the warehouse or studio. Friday night is reserved for the buddies. Chuck and Geno exchanging barbs is another tradition. Hard to tell that they actually love each other – in a brotherly way.

I was digging these cats already and we hadn’t played a note. They were there to have fun with close friends. No pressure, just fun.

When Geno finally acceded that he was ready, we jumped into a jazzy, jumpy original number titled Stop, Baby, which had frequent stops in it. Chuck E signaled the stops as deftly as a symphony conductor. Verses and solos began from the stops. Chuck E, who plays like Chuck E and no one else, took his rides and signaled me to take mine. I reveled in the freedom of no expectations. I played a few of my tried and tired licks, then began exploring the space in the song. It was so easy. Geno and Woody were in the pocket. Chuck E and Mountain Mike provided a solid background. I spread my wings and took flight. 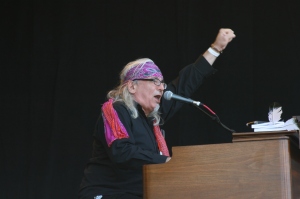 Later, Stormy Monday was called out. I expected another Allman Brothers treatment of the song. What came was a Peckerized rendition of the old classic. A straight I-IV-V with a scrumptiously bluesy back-beat. Again, the solos flowed effortlessly from my hands. The session had turned into the type of fun I had playing with Otis Day, only these cats were lifetime garage band players. Damn good garage band players.

Then, Geno asked me a golden question, “Do you know Born To Be Wild? We play a lot of biker rallies and they love that song.”

“Yeah, I’ve played it a few times.” Chuck laughed and chided Geno about his question. Chuck launched into it with his own take on the intro. It wasn’t the way Nick St. Nicholas played it, but Chuck’s take was quite cool. On the chorus, I sang a higher harmony to Joey’s lead. He looked around like, “Where’s that coming from?” It was the part that sang with the Wolf and it came out of my throat automatically.  Joey shot me a sly smile and gave me thumbs up. The same happened later on Evil Ways.

By the end of the night, we had played about two dozen songs, none of which I recognized when they started. Really, we’re playing Ain’t No Sunshine? I’d have never guessed. They had Peckerized an entire repertoire of classic blues and blues-rock tunes, magically delicious.

That night, I became a lifelong Pecker! I truly love these guys.

In the years since, we have played small stages to large venues. And, we always have fun!